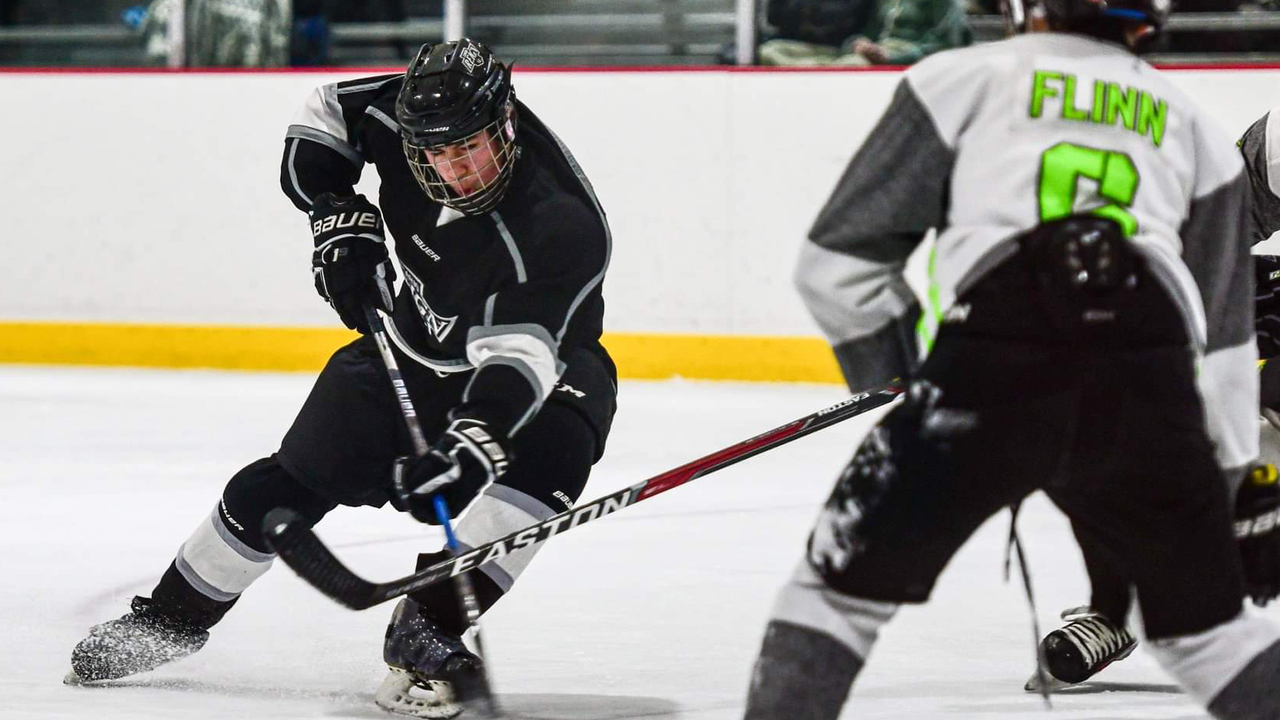 The Ontario Jr. Reign General Manager Tomas Kapusta and President Ben Frank established the Ontario Jr. Reign in the USPHL as a natural extension of the Jr. Reign youth hockey club - the official youth hockey club for the professional AHL hockey team Ontario Reign and proud affiliate of the NHL Los Angeles Kings. The introduction of these high-performance Tier 1 and Tier 2 programs gives athletes a unique opportunity to play high-level junior hockey in California while preparing them for a collegiate career.

Our General Manager Tomas Kapusta was selected by the Edmonton Oilers in round 5 (No.104 overall) of the 1985 NHL Entry Draft and also had the opportunity to play at three Junior World Championships from 1985-87. During his professional career, which spans more than 20 years, Tomas represented the Czech Republic in the 1994 Olympics in Lillehammer, Norway, and the World Championship in Germany in 1993. That same year he also won the scoring title in the Elite Finnish League while also participating in three championship teams in the Czech Republic Extra League. For the last ten years, Tomas has coached youth hockey for the Junior Kings organization and is also coaching currently for the Junior Reign and St. John Bosco HS. After Tomas earned his BA and teaching credentials in social science at CSULA, he took the position of teacher of Record at Excel Academy Charter School.

President Ben Frank is originally from Toronto, Canada, Ben grew up with a passion for the game playing youth hockey, junior, and finally collegiate hockey at the University of Toronto where he graduated with a Bachelors’ in Physical Health and Education. By chance, Ben ended up playing professional roller hockey in California after completing his degree and had the opportunity to start coaching youth hockey during his stay. Ben’s passion for the game grew as he was able to impact others through the sport he loved and he soon became president of the small club he was coaching with. Years of challenges and ups and downs led Ben down the path of moving the club towards becoming a USAH Model Association. The massive change and success with the program have catapulted the program forward in growth and reputation. Ben now travels around the country speaking to various hockey groups and using the Wildcats story of challenge and success to help others with implementing change within their own organizations. Ben’s most recent speaking stops include NARCE USAH Hockey Directors Course-Columbus, Ohio, USAH Annual Congress-Colorado Springs, MAHA Summer Meetings-Mt. Pleasant Michigan, PVAHA Summer MeetingsMaryland, USAH Coaches Level 4-San Jose, CA.

The Head Coach of the Ontario Jr. Reign is Jeremy Blumes. Jeremy joins the Ontario Jr. Reign after a year as an Assistant Coach with Nipawin in the SJHL. Before Nipawin, Coach Blumes was in Golden, BC (KIJHL) as Head Coach and General Manager. While in Golden, BC, he engineered a remarkable turnaround for the franchise. Blumes recruited a team consisting of 20 rookies that would win more games in their first season than the previous three years - combined. The franchise also made the playoffs for the first time in four seasons. Coach Blumes would then go on; to help advance more than a third of those athletes to a higher level.

The Jr. Reign will play a 44 regular-season game schedule with a college showcase in Boston, MA, and Las Vegas, NV. During these showcases, the vast majority of the NCDC, Premier, and Elite teams join together for an exciting competition. These tournaments are a great way for various scouts representing colleges at the NCAA Division 1, 3, and ACHA D1 levels to recruit talent. All home and away games, including the showcases, will be broadcasted on HockeyTV and feature play-by-play announcing.

The Ontario Jr. Reign home games will be at the beautiful Center Ice Arena located in Ontario, California - a city often referred to as the heart of Southern California. The Greater Ontario area hosts some of the very best in extreme sports, quiet retreats, and spas. Ontario is also home to some of California's ultimate shopping and dining opportunities.

Athletes can experience mountain resorts near Big Bear Lake or take on the thrill of NASCAR at Auto Club Speedway in Fontana. And a short drive brings visitors to the biggest and the best of entertainment with California’s premier theme parks, such as Disneyland, waiting to be explored.

When not exploring the surrounding areas, athletes will be practicing at the rink Monday thru Thursday. After each practice, our certified strength and conditioning coaches take the athletes to complete their workout programs at the gym located inside the rink. The gym also includes a small rink surface with shooting options.

At away games, athletes can expect to explore much of Southern California, the Central Valley, and the Sierra Nevada Mountains while traveling on the official team bus. Our local rivals include the Long Beach Shredders and San Diego Sabers, both within an hour's drive from Center Ice Arena. The Fresno Monsters, Lake Tahoe Lakers, and Las Vegas Thunderbirds make up the remaining USPHL Pacific Division. All travel costs associated with away games and travel, including lodge and food, are paid for by the Ontario Jr. Reign.

When not on the road or at the rink, athletes can expect to live with our host families, better known as billet families. Our billet coordinator and host families have been involved for several years with other Ontario-based junior programs. Our nurturing host families provide a stable and secure home-away-from-home to help student-athletes realize their potential.

The Ontario Jr. Reign also prides itself on providing student-athletes exposure to elite educational programs while pursuing their hockey careers. All athletes are encouraged to attend classes at the local community college, Santiago Canyon College. While our younger student-athletes can study either at a local public school, Wesley College Prep Private school, Excel Academy Charter School, or the Apex Academy Virtual School. 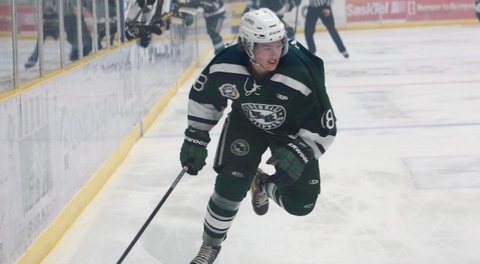 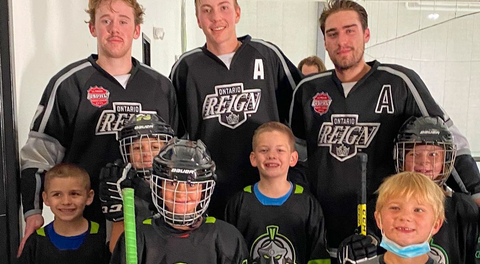 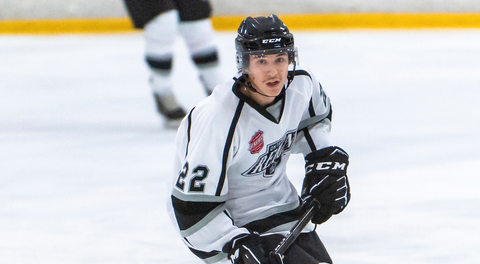 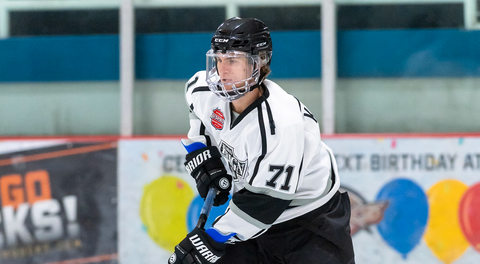 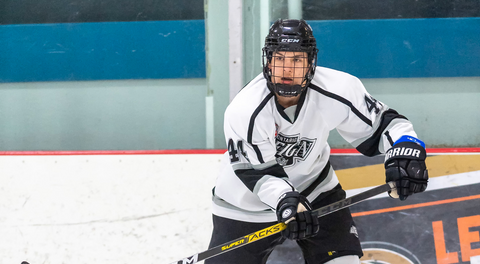 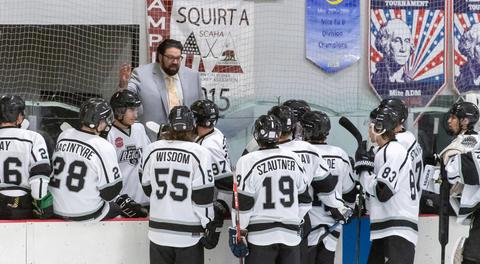